T20 can be confusing or unfulfilling if you are looking for traditional cricket narratives. Yes, it has the same laws, the same equipment and the same ground dimensions, but it is still quite a different sport to the longer formats of cricket. Here are a few pointers to help you make sense of it.

Before T20, most cricket on TV was nation v nation, invoking a special connection but also a restrictive one that inhibits the enjoyment of the sport per se. Only a small percentage of T20 cricket on TV today is nation v nation. This is sport for sport's sake, and not for national pride. Chances are your connection with your favourite teams won't be geographical, but instead stylistic and player-related. If you like the way Rashid Khan plays his cricket, you could watch the Sunrisers Hyderabad in India, the Adelaide Strikers in Australia, the Sussex Sharks in England, and the Guyana Amazon Warriors in the West Indies. Your favourite contests can happen anywhere: Imran Tahir could be testing AB de Villiers' slight weakness against legspin on any continent.

… as you knew it. Before T20 became the rage, most cricket you watched on TV was either 50 overs or Test cricket. There is a certain value you have come to attach to wickets and partnerships. By the single act of reducing overs without reducing wickets at a team's disposal, T20 has become a sport unrecognisable from that previously seen on TV. Don't watch it as a different format of cricket as you knew it; watch it as a different sport played by the same practitioners.

Don't always look for cause and effect
In longer formats, the batsman mostly reacts to an action initiated by the bowler. Not in T20 cricket. There are so many wickets available to use, relative to balls bowled, that the definition of risk has changed. This is a format where, more often than not, batsmen play shots regardless of the quality of the ball delivered. It happens in other formats too, but in T20 there is a critical mass of deliveries that don't have a cause-and-effect relationship between the quality of the ball and the result achieved.

Hang on, then how do you judge the quality of the ball?
Tricky question. Sometimes a filthy, slow long hop from a spinner that gets the big hitter off strike is a good ball. Sometimes a fairly well executed yorker is a bad ball. Mostly, a bowler's field gives you an idea of what he should be bowling. If he bowls to his field, it is a good ball, never mind the result. If he doesn't, it still isn't always a bad ball.

How do you mean?
Batsmen are pretty good at figuring out what a bowler is going to bowl, looking at the field settings, so at times they premeditate to beat that plan. For the bowler, sometimes it is a good idea to bluff and counter that premeditation. It is not rare to see a field set for a short ball but the bowler going with a wide yorker. Here's the fun part: if the bowler gets a wicket with an off-plan delivery, nobody has a way to find out whether it was poor execution or a bluff. Don't let it stop you from acknowledging unequivocally good bowling though. You'll know it when you see it because this is the kind of bowling that restores the order: the batsman reacting to it, as it was always meant to be.

ALSO READ: 'If you go searching for wickets in T20, you're playing into the batsman's hand' - Samuel Badree

What began as hit-and-giggle has become arguably the most tactical and intricate format in cricket. It is not quite football yet, but the backroom staff are much more active in T20 than in other formats of the sport. Read up on evolving tactics, get hold of interviews with coaches such as Ricky Ponting and Mike Hesson, follow data analysts on social media. Hardly any move by captains on the field is on random gut feel these days; they are all backed by pre-match homework, numbers, and an understanding of match-ups. Sometimes it is so deliberate that a player is given a single off the last ball of the over to get him on strike for the next so that a certain bowler can be introduced into the attack against him. You might see an offspinner being held back because a right-hand batsman is on strike for the first ball of an over.

And while at it, appreciate a wizard such as MS Dhoni make a mockery of all that with his instinct for the game.

What exactly am I looking for?
Batting orders, bowling changes, match-ups, field placements. Test cricket is easy: everybody bats in a pre-decided order, the two bowlers likeliest to get you wickets start a session, and then you manage resources based on fatigue and conditions. In T20 you can't have your best bowler wasting 25% of his quota at a time when it will have insignificant impact.

Bowlers and the captain study every batsman and his favourite hitting areas. For example, Virat Kohli doesn't like to take risks early in his innings and likes to get going with singles to third man, so teams place a wide slip to cut that run and force him to take an early risk. There are such contests with most batsmen: extreme straight fields wherever Kieron Pollard comes in to bat, left-arm spin for Dhoni, bouncers for Andre Russell…

ALSO READ: Why you can't approach a T20 chase the same as an ODI one

A low-scoring 2017 IPL final came to a head with Steven Smith needing to hit one boundary in the final exchanges. He was playing it to precision, looking for the right ball on which to take that risk on a slow pitch, but Mumbai Indians had a fielder for the one spot he was likeliest to go to. On another day, Smith might have gone elsewhere but he picked out deep point. It looked like one of those inexplicable things when it happened live, but there was planning behind it.

Know what the tough overs are
For bowlers, that is. Trends keep evolving, but generally the last two overs of the Powerplay, and the death overs, are tougher than overs seven through ten. Over the last three IPLs, overs 20, 19, 18, three and six have been difficult, and overs one and seven easy. Also, keep an ESPNcricinfo tab open; cricket is a game of simple numbers, but Smart Stats will tell you which numbers are more equal than others.

Stay in touch
Trends change fast; data analysts say data that is more than two years old is useless. If the knuckleball is the flavour of the season right now, soon it might be the carrom ball or the legcutter bouncer. Don't enter a season blind and start asking why bowlers are not trying a certain delivery these days.

All eyes on the boundaries

T20 is a sport where boundary-hitting trumps all other aspects of batting such as building innings, strike rotation etc. Because there are ten wickets to lose over 20 overs, teams can keep going for big hits without worrying about getting bowled out, a revolution West Indies brought about. In the IPL, for example, close to 80% of matches have been won by sides that have scored more runs in boundaries over seasons 2016, 2017, 2018 and 2019.

Personal stats matter less than in other formats

Traditional wisdom said if a player did well for himself, he did well for the team. Not in T20. Innings are so short players can't afford to slow down in the 90s. If they do, they end up hurting their side more than they would in longer formats. Since 2010, only seven of the 353 T20 hundreds that have been made have come at a rate slower than the match rate. Of these, four resulted in losses. In ODIs in that period, 241 of 786 hundreds have been slower than the match rate; 94 of them have resulted in losses. So the rate of slow hundreds in T20s is about 2% compared to 31% in ODIs; 57% of slow hundreds in T20s result in losses compared to 39% in ODIs.

We know them from T20 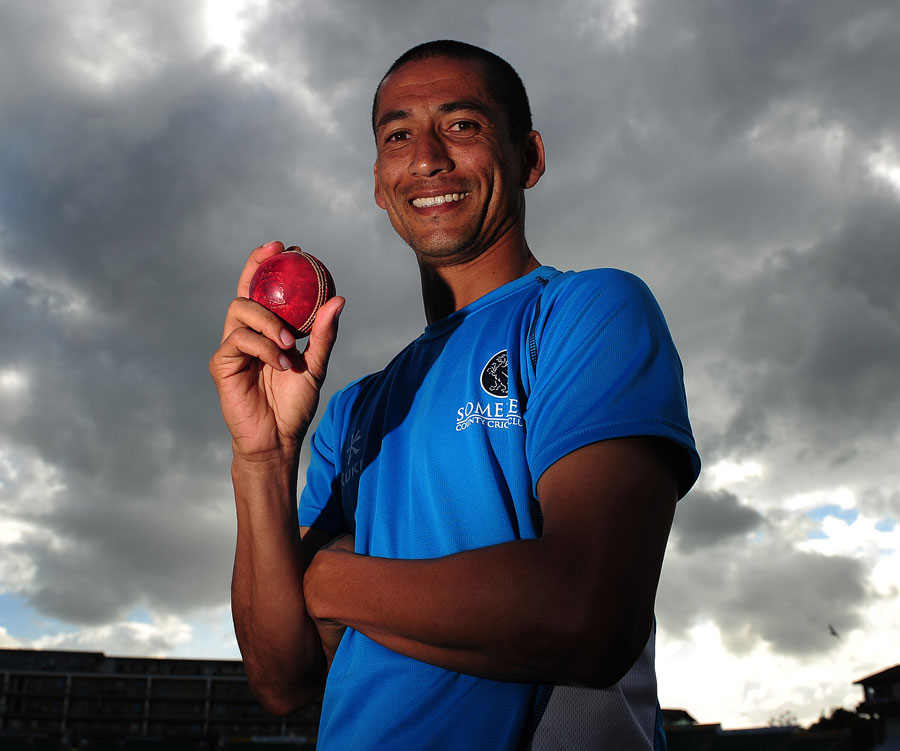 Michael Klinger: Might have finished his career as the unfortunate batsman who lost out because of a strong Australian Test batting line-up, but he won five T20 titles with three different teams and also played in the Champions League. Eight T20 hundreds and 33 fifties

Alfonso Thomas (in pic): Somerset legend of South African origin, and a death bowler of some repute thanks to T20 leagues. Instrumental to four title wins in three different countries.

Pravin Tambe: Didn't have a first-class career, but carved himself one in the IPL at the age of 41.

Tymal Mills: Not big on longer formats of cricket, but has played T20 cricket for six different franchises outside his home country, England, for whom he has played five T20Is.

T20 brings to your legends from various domestic cricket circuits you might not otherwise have watched. Also watch out for cricketers such as Shane Watson and Michael Hussey dazzle the leagues even after their international retirement.

Players struggle with it themselves. They still look at traditional metrics such as average, fifties and hundreds to feel good about their performances. On most occasions if a batsman gets out for 6 off three balls trying to play the part the team has assigned him, it is better than him getting 25 off 20 because he hasn't denied another big hitter an opportunity to hit the other 17 balls for 40. Same goes for bowlers: no wicket for 35 can be a great return if they have bowled the tougher overs.

And those who can score those 40s off 17 balls or 60s off 25 will not always come off. If they win their team three matches a season, the franchise is generally happy with them and bears with their other "failures".

Gawk at some of the crazy efforts in the field. Those catches at the boundary, those sixes saved from the aerial space outside the boundary, relay catches, more direct hits, enjoy all that as they are a spectacle by themselves, but also remember some of the most high-impact players in T20 are ordinary fielders: Chris Gayle, Lasith Malinga, Jasprit Bumrah …

T20 is a breeding ground for bowling actions that won't work as well in longer formats because batsmen in those games are not under pressure to hit out. Hyper-extensions, mystery balls, left-arm wristspin, funny releases - it is fun to watch them emerge and equally fun to watch good batsmen counter them.