When the great mare Goldikova came hurtling down the sod-covered lane at Churchill Downs to win the 2010 Breeders' Cup Mile -- her unprecedented third straight win in the event -- the most indelible image was that of her groom, Thierry Blaise, running down the lane after her, throwing his arms up and exulting in a moment of pure, unbridled joy.

IN THE GATE PODCAST 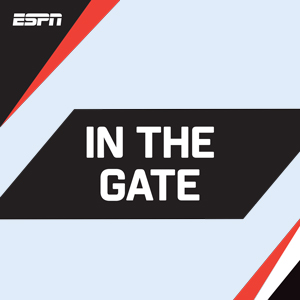 Blaise had been Goldikova's closest human companion for a career that had spanned two continents. Running alongside him were the ghosts of two men cunning enough to outwit one of the most despotic empires of modern times, from two families who nurtured their equine children until one of them became a legend that transcends generations.

When Goldikova is inducted into the National Museum of Racing and Hall of Fame in Saratoga Springs, New York, on Aug. 4, the Wertheimer and Head families will both be represented. Their achievements are all the more impressive when you consider how their business was nearly snuffed out before it began.

Pierre and Paul Wertheimer first rose to prominence as directors and part owners of a theatrical makeup company, Bourjois, which became a successful international cosmetic and fragrance operation. Through a chance encounter at Longchamp Race Course in 1922 -- the Wertheimers had been horse owners for more than a decade -- they met up-and-coming milliner/couturier Gabrielle "Coco" Chanel.

Looking for a way to expand the reach of her new perfume, which she called Chanel No. 5, Coco Chanel made a deal with the Wertheimers that by today's standards seems utterly preposterous. She surrendered 90 percent of the business in exchange for production, distribution and marketing/promotion for Chanel No. 5 and the rest of the Chanel brand.

Eventually, Chanel had seller's remorse about the deal she had struck with Pierre and Paul Wertheimer. With the Nazi regime overrunning France at the beginning of World War II, Chanel hoped to capitalize on the so-called Aryan law, whereby the government stripped Jews of all their property and either claimed it for the state or dispersed it.

Pierre and Paul had a plan, though. They fled to New York to avoid Nazi capture, then bought 50 percent of an airplane propeller company run by an Aryan German named Felix Amiot. To evade Coco Chanel's tactics, they in turn signed Parfums Chanel over to Amiot, an engineer who helped build parts for the Luftwaffe planes. When the war ended with an Allied victory over the Nazis, the Wertheimers managed to protect Amiot from war crimes prosecution in exchange for taking back the House of Chanel from him.

The Wertheimers' business had been saved, paving the way for their development into fragrance magnates -- the Wertheimer family estate is now valued in the billions -- and also to pursue their ambitions in the world of horse racing.

Having moved back to France when the war ended, Pierre and Paul Wertheimer made a move toward greater success in horse racing when they hired Alec Head as their private trainer in 1949. Head hailed from one of the founding families of French racing, and under the Wertheimers would train an Epsom Derby winner (Lavandin in 1956) and two Arc de Triomphe winners (Ivanjica in 1976 and Gold River in 1981).

The Wertheimer and Head families have now been entwined for nearly 70 years, and still live as neighbors in Deauville -- the Saratoga/Del Mar of France. Ownership of the horse business has been passed down to Pierre's grandsons, Alain and Gerard Wertheimer, who still own the House of Chanel. Alec Head's children, meanwhile, took over the training operation, with daughter Criquette as the trainer and her younger brother, Freddy, serving first as a jockey and then a trainer.

But it wouldn't be until the seventh decade of their partnership that the Wertheimers and Heads would collaborate on the horse that would become their first Hall of Famer. And like so much of their shared story, the ascendance of that champion was unlikely.

Goldikova's entre' into racing was not exactly the stuff of legend.

As a 3-year old in 2008, she racked up a pair of runner-up finishes and a third-place finish over her initial months of racing -- competitive but not spectacular. Then, her career almost inexplicably exploded. Three straight wins followed (Prix Chloe, Prix Rothschild, Prix de Moulin de Longchamp), and the third of those came against males -- a recurring theme in Goldikova's story. In early November, Goldikova headed to California to contest the Breeders Cup' Mile.

Freddy Head saw the trip as a no-brainer.

"The Wertheimers love running in the States and in the Breeders' Cup," he says. "So there's no question we'd go and try to win it."

At the top of the stretch, jockey Olivier Peslier -- the Wertheimers' first-call jockey at that time -- was bottled up just behind the leaders, with no room for Goldikova to run. Suddenly, as the gray, Kip DeVille, started to spurt forward down the outside, Peslier knew he had to get the jump on that onrushing foe. Peslier wrested Goldikova through a narrow opening in the 2-path and she scooted away to win by just over a length.

"I knew she would adapt to American racing because she had a lot of speed," Head gushed. "And that day she was extraordinary, the way she won coming from behind with a great turn of foot. She was just extraordinary."

The next year, 2009, included a stirring win against the best middle-distance European male runners in the Prix Jacques Marois. That victory earned Goldikova a repeat trip to Santa Anita to try for a second Breeders' Cup Mile win.

A poor break had Goldikova looking at the entire field in the early stages. Peslier never panicked, though, even as his super filly was still third to last midway on the final turn. Peslier took the overland route and kept shifting further outside in the lane, and Goldikova powered home to win by three-quarters of a length for her second straight Breeders' Cup Mile win.

"The race was very fast," Peslier recalled. "She was very relaxed, and honestly ..., compared to English horses, the French horses have a good turn of foot."

With no signs of slowing down in 2010, the 5-year old Goldikova was set for a return trip to the United States -- this time to storied Churchill Downs -- to try for the unprecedented feat of three straight Breeders' Cup triumphs.

Once again, she found a way. Goldikova powered home from sixth on the final turn, with a tour de force run down the center of the turf course to win her third straight Breeders' Cup Mile. It was the eighth time she had defeated a field that included males.

"That could be one of the greatest souvenirs of my career," Head said. "Winning at Churchill was something incredible."

For her 2010 season, Goldikova was named European Horse of the Year, and won the second of her back-to-back Top Older Horse Awards as well. Though her fourth try at a Breeders' Cup Mile ended with a third-place finish in 2011, in what was her final career start, her Hall of Fame legacy had been established.

"I'm very happy," Freddy Head said with a sigh after the win in Louisville. "I'm very happy for her, for the Wertheimers. It's wonderful. It's a wonderful thing. And I think I've been very lucky to train a horse like her."