Inter Milan vice-president Javier Zanetti has said Lautaro Martinez will remain at the club despite interest from Barcelona and Real Madrid.

Lautaro, 22, has helped Inter become Serie A title contenders this season, scoring 16 goals in all competitions.

Sources have told ESPN that Barca consider Lautaro to be the perfect heir to Luis Suarez but Zanetti said the forward has a future at San Siro. 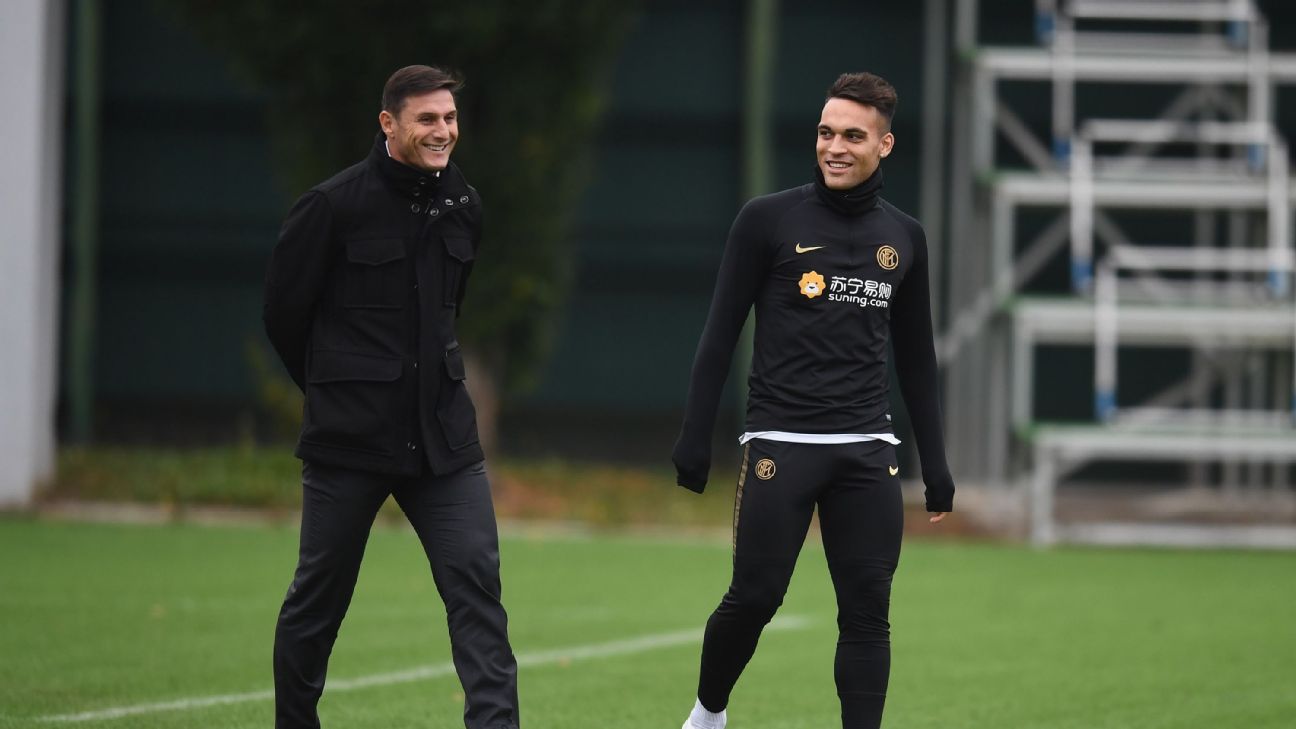 "At Inter I see him happy, he identifies with the club," Zanetti told ESPN. "We believed in him. I see his future at Inter.

"But right now we're not talking about the transfer market, the most important thing is health. Then we'll have time to think about it."

Sources told ESPN that Madrid are prepared to rival Barca for his signature, with the player available for €111 million in July under a clause in his contract.

Manchester United are also interested in the Argentina international but sources told ESPN that Lautaro prefers a move to the Camp Nou.

Meanwhile, Zanetti, who captained Inter to a Serie A, Coppa Italia and Champions League treble in 2010 under Jose Mourinho, reserved special praised the Tottenham Hotspur boss.

"[Mourinho is] a special person, a great coach and a great person," Zanetti added.

"Let's talk about a motivator, someone who conveys a lot of passion. He helps you to bring out the best in yourself."