Borussia Dortmund's Erling Haaland has said teammate Gio Reyna will be one of the world's top footballers, calling him "the American dream," and has singled out Cristiano Ronaldo as inspiration for his play.

In an exclusive interview with ESPN, the striker said that despite the fact he still has to drive the 17-year-old to training, Reyna can go "right to the very top" of football.

"He's 17-and-a-half soon, so in such a young age to be so calm on the ball and play for such a big team, it's very fascinating to see how calm he is and he doesn't care about anything, he just jumps right into it," Haaland said of the United States youth international.

Haaland, who finished eighth on ESPN FC's list of the top 36 players 21 and under, joined Dortmund on a four-and-a-half year contract in January after an impressive stint at FC Salzburg.

The Norway international said that he would watch players like Ronaldo and Zlatan Ibrahimovic when he was playing in his home country for inspiration.

Erling Haaland is full of praise for Dortmund teammate Gio Reyna and believes he can become a top player.

"You could just see it in Ronaldo's face that 'today I'm the man' and 'today, I will score goals' and that's what he did. That's what I like the best, how dedicated and hungry they are to succeed and to be the man in the moment," he said.

Alongside Haaland and Reyna, 20-year-old England international Jadon Sancho has caught the attention of several clubs with reports that he could leave Germany this summer in a deal worth £100 million.

"We are lucky to have him here."

Haaland's own status has risen in part thanks for 10 goals in just seven appearances in the Champions League this campaign.

Erling Haaland opens up about Dortmund's UCL loss and explains how PSG players helped to spread his message.

He scored both goals in Dortmund's 2-1 victory over Paris Saint-Germain in the Champions League round-of-16 first leg but had to endure PSG players mocking his traditional meditation celebration in the return leg which PSG won 2-0.

However, the young striker said that he wasn't bothered by the celebration. 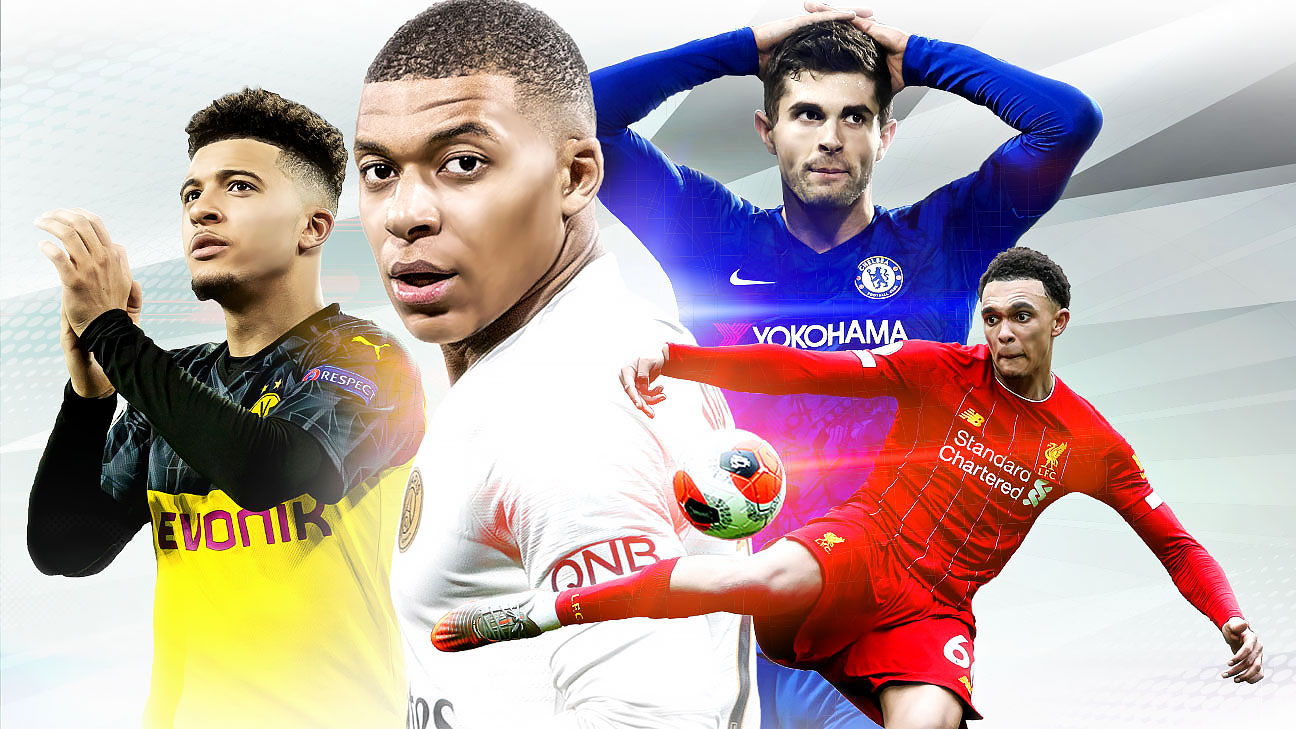 Led by Kylian Mbappe and Jadon Sancho, players from 15 countries and seven leagues are named by Tor-Kristian Karlsen, a former scout and sporting director. Read

Haaland added the supporting cast at Dortmund has made it an easy transition.

"Yeah I feel I'm Improving every day and now that I play with even better teammates than what I played with in Salzburg -- all respect to Salzburg -- but yeah, they can find me in even better situations and this, so yeah it's been good. It's been a good first months", he said.

Haaland also said he received vital tips as a developing footballer from Manchester United manager Ole Gunnar Solskjaer while the two were together at Molde.

"He was a striker, I'm a striker and he has won the Champions League and that's also a dream for me, so he's been teaching me a lot of finishing skills and small movements in the box and these kind of things."