Tottenham Hotspur head coach Jose Mourinho was caught complaining on the training ground that "everybody gets my name wrong" during filming for Amazon's new documentary series following the club.

Jump to: Man City's new away kit inspired by canals

Given the topsy turvy season that Spurs have endured, we feel fairly safe suggesting that the imminent series charting the club's 2019-20 campaign will be an enthralling watch.

Amazon Prime's latest edition of the access-all-areas series "All or Nothing" is due to be released later this summer, and Monday's new teaser trailer reveals, the show contains at least one major Spurs revelation -- and it doesn't involve the unceremonious sacking of Mauricio Pochettino.

It turns out that Mourinho really doesn't like it when people pronounce his name incorrectly.

The clip, released on social media by DJ and Spurs fans Annie Mac, shows Mourinho introducing himself to Japhet Tanganga after the young defender joined the senior squad to train for the first time.

After enquiring how to pronounce Tanganga's name properly, Mourinho revealed that a lot of people pronounce his first name as it is said in Spanish rather than in his native Portuguese.

If you love football, you're in for a treat with the next All or Nothing series on @primevideosport - showing behind the scenes footage from one of the biggest clubs, Tottenham Hotspur. I am definitely guilty of pronouncing José's name wrong 😳 #AllorNothingSpurs #ad pic.twitter.com/kvABUznOsg

"I hate to tell the wrong names, man," Mourinho said. "Everybody says my name wrong. Everybody calls me Jose. I'm not Jose, I'm Jose."

Admittedly, that quote doesn't quite work on the page, but watch the clip and you get the idea.

This is the second clip to be officially released from Tottenham's "All or Nothing" after Spurs-supporting rapper AJ Tracey posted a snippet last week.

Alli and Dier then discuss the close relationship they have with their Spurs teammates while munching their way through a bag of Haribo.

As we said, it's shaping up to be a rollercoaster of a show.

Manchester City have unveiled their slick new away kit for the 2020-21 season which takes inspiration from an unlikely source.

City stars Sergio Aguero, Gemma Bonner, Kevin De Bruyne and Phil Foden are among those modelling the new uniform, which comes with copper trim and a loving nod to their local environs.

In much the same vein as the new home shirt's cracked motif, inspired by the tile mosaics that are dotted around the creative Northern Quarter, the decoration on City's 2020-21 away jersey is inspired by the history and culture of Manchester itself.

The geometric pattern embedded in the design is an homage to the Castlefield area of the city and the Bridgewater canal that runs through it. 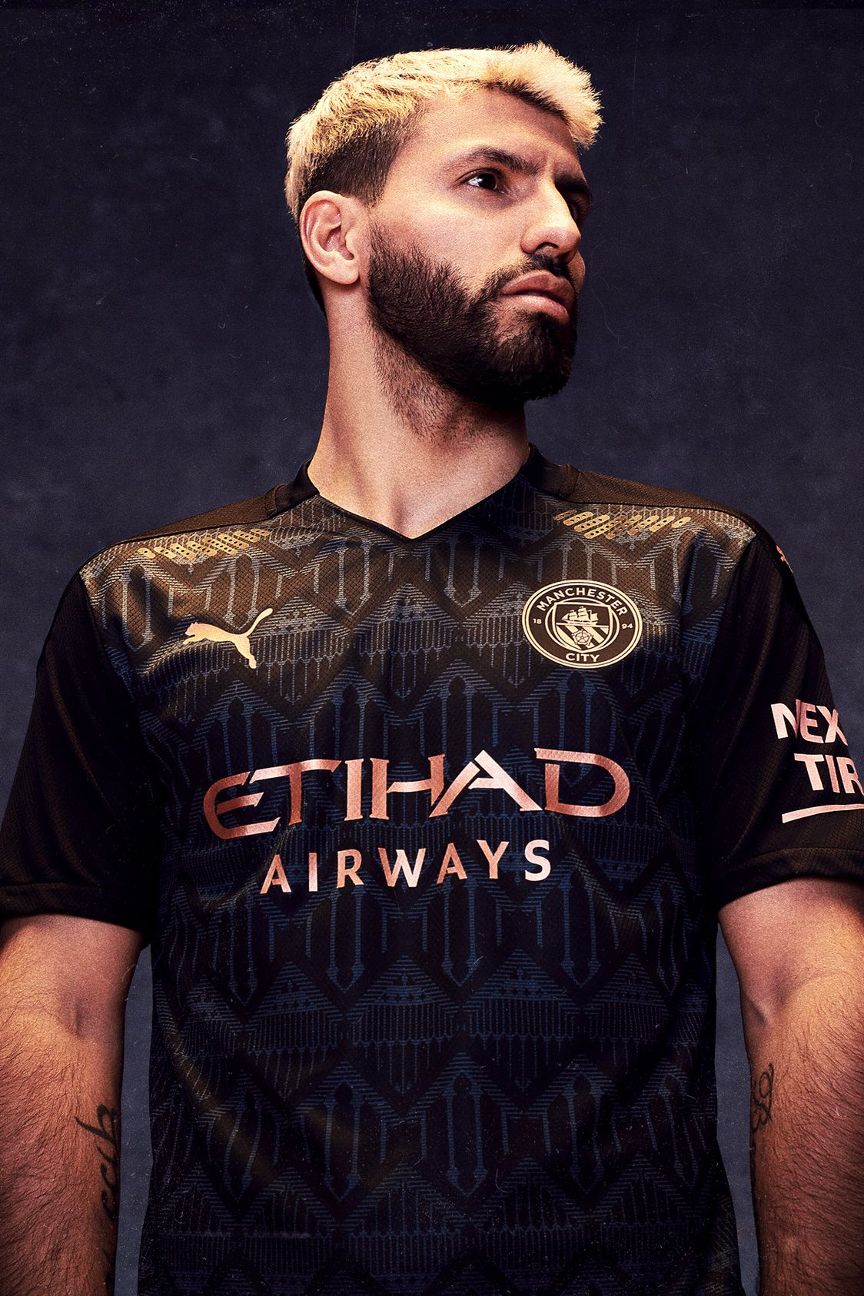 Castlefield is symbolic of Manchester's industrial past though its factories, bridges and warehouses have since been repurposed as hubs for art, music and creativity -- the structures and architecture of which provide the basis for the tessellating motif.

"Castlefield is rich with history and significance to the city; it truly connects with the cultural youth scene and creative roots," Puma designer David Bremond said. "The bridge over the canal is an iconic design, which inspired us to bring this classic structure to life through the pattern and the color palette of the new jersey."

The result is a subtle, handsome kit that is almost polar opposite to the off-kilter "Hacienda" kit and the lurid neon-yellow-and-peach number that City wore on the road last season.